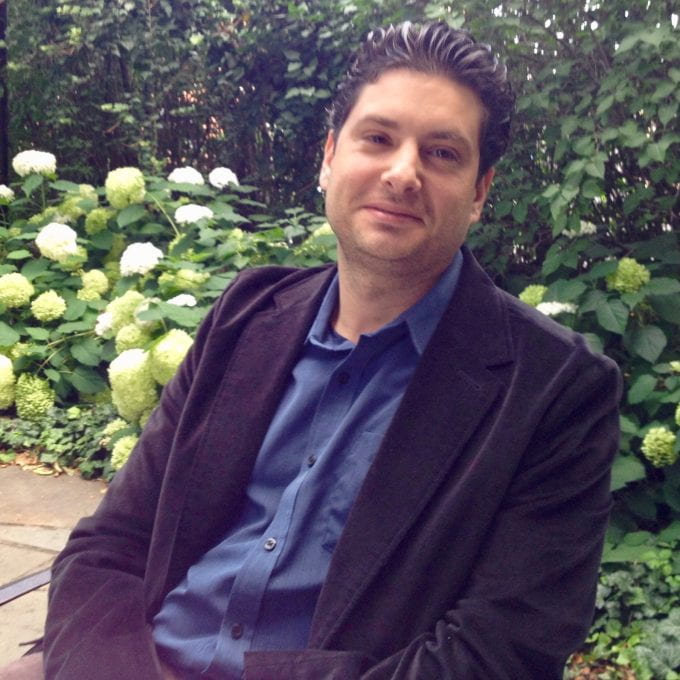 Here’s what I can tell you about my brother – he was the funniest person I knew, he would do anything for anyone, no matter the cost, and in my eyes, he could do no wrong…I put him on a pedestal so high, he was unreachable.  You see, something I’ve never realized until now, was that everyone else saw him in this very same light. So today, as I stand here in front you, I’ll attempt to paint you a picture of the life of my own personal hero.

Mark was one of the hardest workers you could ever find. As a teenager he worked at Jumbo Video…a Canadian Blockbuster, if you will. One of our jobs was to put the VHS tapes back on the shelves. Mark took that job seriously. He had the staff record of how many he could carry at once. 31. It was his claim to fame. People tried to beat his record, but no one came close. I was talking to our old boss earlier this week. He was her favourite. She said, “ Simply….he was legend! No one that followed even came close. He was cocky, smart, witty and stylish. He kept his head down and worked, he was a man of a few words. And I only saw him drop the stack once. We ribbed him so bad. He never let it happen again.” She was right. About everything. Except, I secretly beat his record. 33…I never told him though, why wreck it?

He grew up and kept that same work ethic. He worked so hard to get to where he was. He was always working and not because he had to, but because he wanted to. He loved his job. He loved his job and he loved cars. He spent hours working on his car growing up. I don’t know what he was doing, but he was doing it. He loved playing poker and craps. In fact, his newest hobby was to see how many Vegas casinos he could get kicked out of by throwing craps dice as hard as he could. Rumour has it, when they land on the blackjack table, that’s usually your ticket out. Mark also loved messing around the house, much like our dad. Building this, fixing that. If he could find a cheaper way to fix something, he always would. It was one of those endearing qualities everyone loved about him. He was cheap. He kept everything, in case he’d need it some day…a closet hoarder it seems.

Mark had a lot of friends; both from home in Canada and here in Michigan – friends that knew what Mark stood for, what he was about and the kind of person he was. The amount of people with us here today, yesterday and who have reached out over the last few weeks has been nothing short of overwhelming. Coworkers, colleagues, neighbours, extended family, friends – friends from his childhood, friends from oceans away, people we’ve never met…Mark meant a lot to so many people.

Above all else, family was the most important thing to Mark.

Growing up, when he introduced me to anyone, it was always, “This is my little sister.”  I had no name.  I was Mark’s Little Sister, Ports’ Sister, Carv’s Sister.  And well, I’ll be honest and say, I didn’t mind a bit – in fact, I was proud of that title.  I am proud of that title.  You see, Mark was always larger-than-life to me.  I idolized him.  I still do.  I forever will.  His whole life, my whole life, he defined what it meant to be a big brother.  He tormented me, made fun of me, and played with me.  He entertained me, protected me, and took care of me.  He drove me around town when he got his license. He bought me my first drink, way before he should have. And he let me tag along with him and his friends everywhere – in hindsight, probably not his best judgment call. But he always made sure that I was taken care of if he couldn’t. His friends had explicit instructions – take care of my sister…but don’t touch her. He looked out for me in every way he could.  But most of all, he loved me.

Beyond being my favourite human being, he was my mom’s too. He was always her favourite…she never said so, but I secretly knew, and I was okay with that, because I understood why. And anyway, I was my dad’s favourite…so we were even. As a teenager he gave my parents a run for their money. I vaguely remember a time when he ran away from home. But he had nowhere to go. My parents found him in his car, in our driveway. A plan I’m sure he didn’t think through. He and our dad would spend hours working on his car in our garage. Our dad made sure to teach him all he needed to know about how to fix anything, how to work hard and how to be successful. My mom spent her days making sure she was raising a self-respecting gentleman. She did. Well mostly, but we’ll save those stories for another day. Mark was a good son. They had a special bond. Whatever my mom needed, he was there. Whatever she said, he did. He loved my mom’s cooking too. If she made it, he ate it. If it was put on his plate, he ate it. And like every Portuguese mother, she loved that. And he knew that – so that’s why he did it. My mom liked to buy Mark clothes…he always wore them. He was 43 and wearing clothes his mom bought him. You know all those sweater vests and linen pants? You can thank my mom for those. He wore them proud.

The last 10 years or so were truly life-defining for Mark.  He was so proud of the life that he made for himself here in Michigan.  He was a successful business man, a proud a homeowner, and a newly-minted and very patriotic American citizen.  He made some incredible friends here. He made some incredible memories here. I remember when Mark first moved to Michigan. He started referring to himself as The Carv. We had a conversation one day and I’d asked him who gave him that nickname. He shamelessly told me he gave it to himself. He said, “I’m The Carv. You know, like, The Fonz”. I said, “But you can’t just give yourself your own nickname”. And he just responded with, “No, but I can. I’m gonna make it stick”. And well…he did.

It was here in Michigan that he met Amber, and they had their beautiful son, Anthony, who he proudly referred to as his legacy.  My brother put his family above all else.  His life was dedicated first and foremost to making sure they were happy, because that is what made him happy. He loved bedtime stories with Anthony and helping him learn something new. He was so proud of how smart his son was. He loved telling me stories about all of the events they would go to, together. I spent many an evening eye rolling at Mark and his nonsense. Like the time Amber handed me a cup of coffee in a mug that said “Marv”. I asked her why she had a mug that said Marv and Mark proudly announced from the other room, “because they didn’t have one that said Mark, and I thought it would be a good conversation piece”. I laughed, because, well, he was right. Or the time she sent me a photo of Mark and Anthony mowing the lawn. My brother was wearing beige shorts, a beige dress shirt, brown loafers and a brown paperboy hat. Now, I know there’s no real dress code for mowing the lawn, but still. Whenever Mark and I chatted, he’d update me on everything going on at home. The loss that they feel is unimaginable…Mark won’t be here everyday to give them a kiss, and tell them he loves them before leaving for work, like he did everyday until now.

The last three weeks have been a whirlwind.   Our lives were picked up and turned upside down.  As we stood at his bedside at the hospital, through all of his fear and pain, he somehow managed to still be…Mark. He made sure everyone else was okay. He told Brian to take care of Anthony, he told Dale to take care of me. He also made highly inappropriate jokes and very loudly tried to set Brian up with his nurses. He told Amber he loved her. As the days passed and his strength faded, he still held my mom’s hand tight; it was as though he was reassuring her that he was going to be okay – that we were all going to be okay.

And because he is who he is, the very last thing Mark said was #CarvStrong.

He left this world, the same way he lived it…a legend.