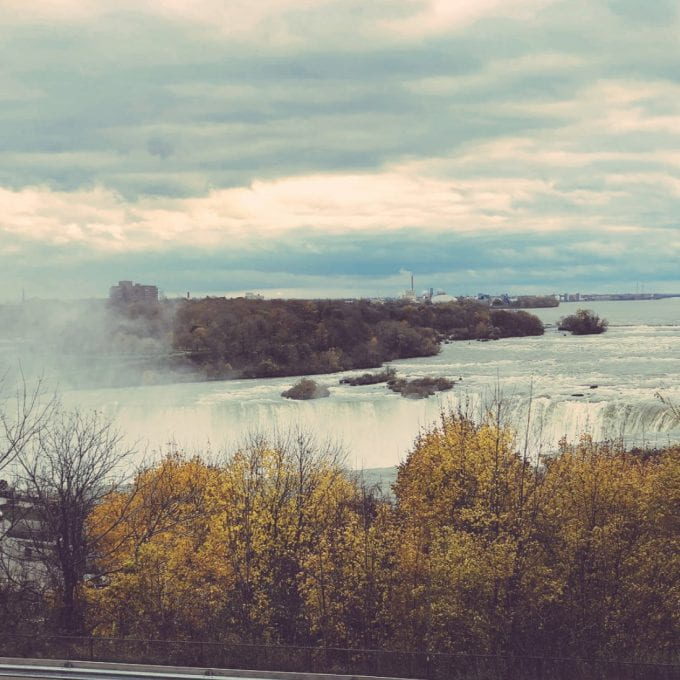 Last week I had the absolute privilege of attending the Bring I.T. Together conference in Niagara Falls with my very good friend Pat.  It was one of the most incredible and inspiring experiences I have been able to be a part of in my professional career and I was so very grateful to have been there with her.  My brain was on information overload after the first hour and I couldn’t get enough.  More on that in a future post. When we got to the conference we registered, took our lanyards with our fancy preprinted nametags and headed over to the swag table to get all of the free stuff we could carry in our new swag bags. Among all the goodies were little ribbons to stick on to your nametag. Each ribbon had a different statement on it, “My 1st BIT Conference”, “Plays Well With Others”, “Rock Star”, and my personal favourite – “I’m Kind of a Big Deal” – as well as many others, some in English, some in French. We picked up one of each, including one that said, “Je gazouille”. I asked Pat, a French Immersion primary teacher, what it meant. She didn’t know. We would look it up later. Before heading to our first session we sat down to organize ourselves and check our schedules. I again asked Pat, who was looking at her phone, what Je gazouille meant. She looked up from her phone and told me she was tweeting, specifically, she said, “I’m tweeting”.   So rather than looking it up myself I assumed she would look it up when she was done. We headed over to our first session and started our day.  Sometime later as we were buried in our phones I remembered to ask her again. And once again she told me she was tweeting. I was impressed that she was tweeting so often because of how new Twitter was to her. I waited for her to finish, again assuming that she’d look it up when she was done.  As had happened earlier, we moved on to another conference session and the Je gazouille conversation ended.  And just as had happened earlier the conversation re-commenced as we sat for a break between sessions. Yet again I asked what it meant as she was looking at her phone and yet again she told me she was tweeting. So I sat – and stared at her – patiently. She put her phone down and stared at me staring at her and this conversation ensued:

We were the Abbott and Costello of the conference.