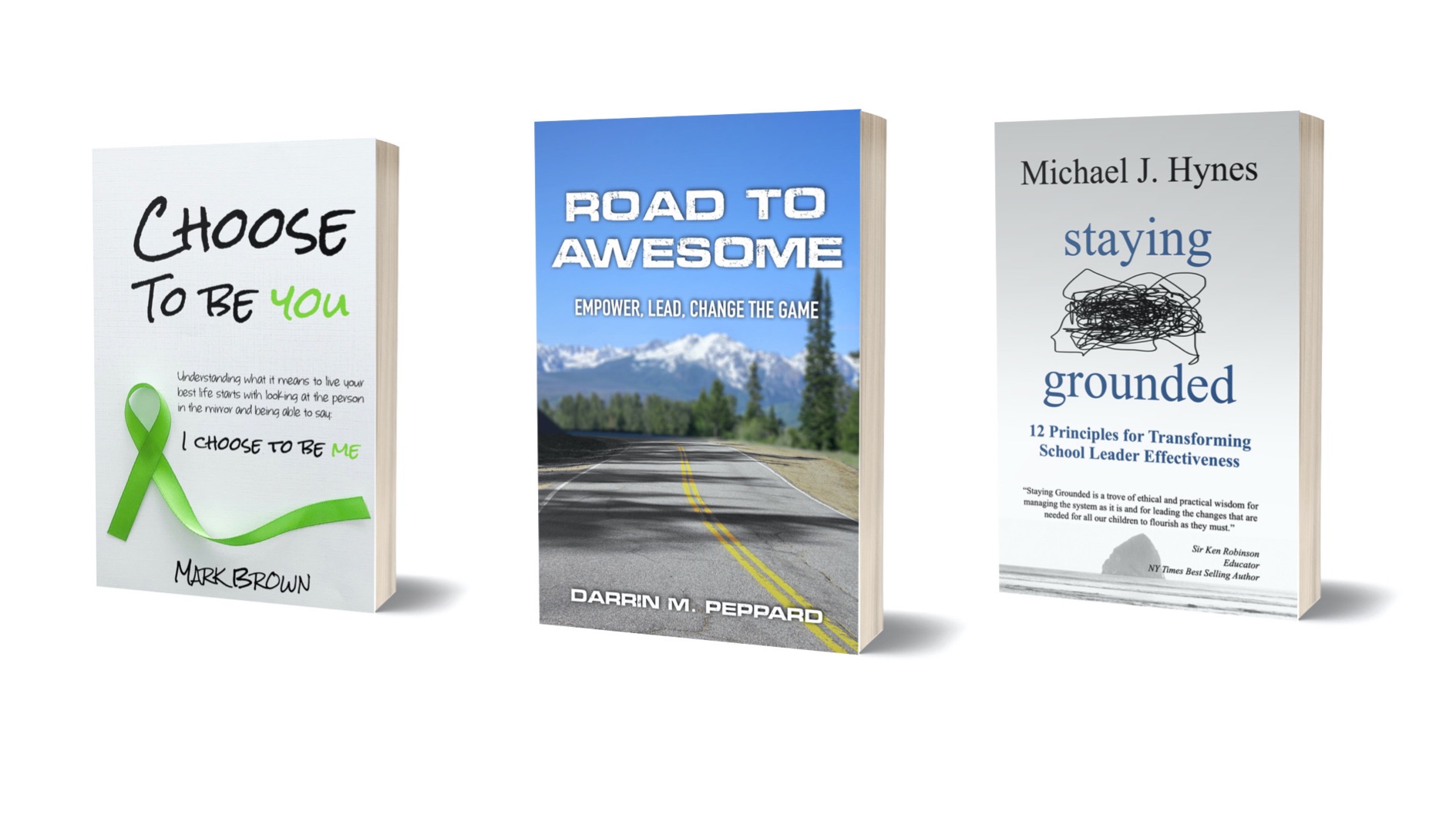 Leadership matters…we’ve all heard that before.  Maybe we’ve said it.  But what does it mean?  Why is it important?

For anyone who follows me on social media, you know that I’ve spent the last six months editing books with Code Breaker Inc.  It’s been quite a ride.  I’ve met a huge amount of influential and inspiring educators.  I’ve collaborated on projects with brilliant minds.  But mostly, I’ve learned so much in such a short time. The last three books I’ve worked on taught me a lot about what it means to a be an effective leader.  While I loved all three books in entirety, there were various pieces that resonated the most.

It’s become easy to get lost in the practice. Read, edit, read some more, edit some more.  I share thoughts here and there with those who are willing to listen, but I’ve learned that if I don’t stop and reflect, I’m missing out on huge opportunities for personal growth.

The most recent book I read was Choose To Be You by Mark Brown.  Mark writes about his trials and triumphs with mental health.  Having met Mark virtually half a dozen times and hearing his story firsthand didn’t compare to reading it in detail.  I was invested early on in his story because I could relate.  What I loved about Choose To Be You was the message of being proud of who you are.  As a teenager and 20 something year old, I cared way too much about what others thought – comes with the territory of being a teenager and 20 something year old perhaps.  Reading Mark’s book made me proud though.  Growing up, I never strayed from what I knew was the right thing to do.  In my early teaching years, I didn’t walk the line, I worked outside the box.  While I cared about the opinions of others, I still stuck to my guns when it came to doing right by my kids.  I chose to be me.  I choose to be me.  The older I’ve gotten the more I realize how important it is for us to pass this message on to our students.  I could write volumes on what I’ve learned about self-acceptance and being proud of who you are and what you have to offer, but I’ll save you.  In summary, you are you and that’s enough.  Be proud.

In Staying Grounded, Mike Hynes writes about the importance of taking care of yourself first.  He calls it the “Inside Work”.  He talks about physical health, mental health and emotional health.  What resonated though was the idea that if we aren’t taking care of ourselves, we can’t take care of others.  While this isn’t a new idea, the way Mike presented it made a huge difference for me.  I was reading this book shortly after COVID19 closures started happening across the globe.  I had a tremendous amount on my plate. I couldn’t balance it.  I was crashing.  For some time, the only thing I could do for an extended period of time was stare at a tv watching reruns of anything that made me happy.  In the background though, I had a job. I had 28 students and their families depending on me to continue to provide an engaging education on virtual platforms I’d never used before.  It was Staying Grounded, and Mike’s chapter on Inside Work, that allowed me a moment of reflection to realize that if I wasn’t taking care of myself, I would not be able to take care of others.  I’ve written about this before, but it’s been such a huge part of my story in these last sixth months and continues to be something I work on (and struggle with) on the regular.  What remains in my toolbox for life is Mike’s statement, “taking care of yourself isn’t selfish.”  He’s not wrong.  He’s not at all wrong. I’ll keep working.

Darrin Peppard has been another amazing human I’ve gotten to know over the last few months.  He released Road to Awesome about a month ago.  In his book, Darrin speaks about empowering others to be leaders through relationship building and changing the climate and culture of your school.  He shares so many personal stories that had me in tears.  If you haven’t read this book yet, reach out to me after Aly’s story.  We’ll have a good cry.  And then come back after you meet Jeremy, we’ll share a Kleenex box.  Darrin’s personal story of learning growth begins with a question, two actually, that he was asked early on in his administrative career.  That’s what first connected me to him.  We had the same mindset about why we do what we do.  But what resonated so deeply was the question he posed to us as readers.  He asked, “Who do you serve?”  On the surface, it’s such a simple question.  But when I took time to really think about it, it reminded me of everything I stand for in education.  Who do I serve?  My students.  How?  By meeting them where they are, not where I want them to be or where they should be, but where they are.  Reflecting on that helped put my struggles and complaints about distance education into perspective.  It was something I reminded myself about often.  It also made me appreciate leaders throughout my journey that understood who I was and allowed me to grow and learn.

I have learned so much from these three leaders.  We need leaders who are vulnerable, honest and authentic, like Mark, Mike and Darrin, who haven’t forgotten their why. Leaders who embrace their struggles as personal opportunities for their own growth.  Leaders who lead by example, not rule with an iron fist.  Leaders who inspire and empower.  Leaders who understand that leadership matters because people matter.