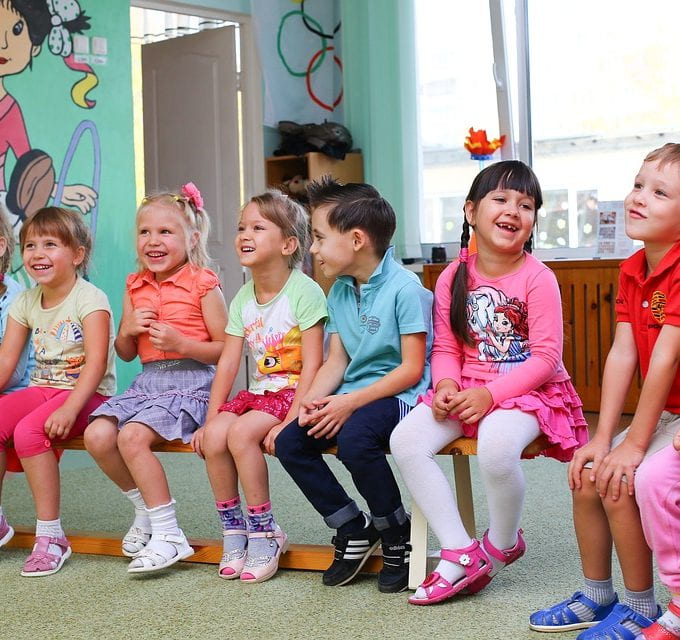 This post was originally written for BrianAspinall.com and can be found here

Kindergarten…28 little bodies in one room.  28 little minds all coming at you from different places, with different experiences, different abilities and different stories.  Some of those 28 are still just three years old.  Some are turning six.  Some of those 28 can read and write and rhyme off math facts.  Some can barely make it through the door without someone holding their hand.  Kindergarten…28 scared little faces on that first day of school are 28 little sponges ready for life as you unfold it for them before their very eyes and then suddenly you have 28 little people with big ideas, and big personalities that grew in just ten short months.

In my fourteen year career, kindergarten has been the most challenging thing I’ve ever embarked on. The vast differences in their abilities and the two-year Ontario program means we have to meet 28 little brains exactly where they are – because unless we do, they won’t go anywhere.  I’ve learned three huge lessons about teaching this age group: First, the majority of the non-teaching world thinks I spend my days babysitting; Second, the majority of the teaching world thinks these little people aren’t capable of much and third, they both couldn’t be more wrong.  In fact, if I spent the last two years listening to it all, I’d never have stuck around to find out just how wrong they were.

The biggest obstacle I face as an FDK (Full Day Kindergarten) teacher is the notion that these little brains simply can’t do what everyone else can.  Sure, that’s true for some things.  But as far as I’m concerned, the list is pretty short.  They can’t all count to ten, write their name or sing the alphabet.  They can’t all reach their cubbies, the light switches or the top of the white board. So, when I started throwing coding and robotics into my Kindergarten program, a lot of eyebrows were raised. A lot of people doubted and questioned. Some couldn’t see the connection to learning but most assumed I was wasting my time.  If you know me, you know that when someone says, “you can’t do that” or “they won’t be able to do that”, I set my sights on proving to myself the very opposite or at least learning first hand.  I spent the last year teaching my kinders how to code robots. We started simple, in a large group with me at the helm.  Little by little they began to explore more deeply and more independently.  There was a lot of trial and error, a lot of risk taking on my part and theirs, and what some called failure, we called learning and growth.

We started off with one little robot in the middle of our circle.  We pushed a few buttons to see what would happen.  They asked a lot of questions and they got the same answer every time, “I don’t know, let’s figure it out”. And they did.  We moved from one bot, to two, to ten.  They progressed from pushing buttons to make bots move forward and backward to creating intricate codes with blocks and tiles to move our bots through mazes and obstacle courses they’d built themselves. We connected literacy, math, science and inquiry.  Coding and Robotics was a part of our daily learning, a part of our daily program, a part of who we were.

We often hear about our junior and intermediate students pairing up with our kinders as reading buddies, learning buddies, tech buddies.  Pick a title. The model is the same: bring the bigs to the littles and have them teach – let the littles learn.  I believe the opposite is equally possible, maybe even more important and I was determined to prove it.  I just needed a willing participant.  Lucky for me, there was someone else on staff whose passion for all things EdTech paralleled mine.  We decided that Computer Science Education Week was our ticket and Hour of Code was our opportunity.  And so, we took to the second floor…to “The Big Kids”.  Three-, four-, and five-year-olds spent their morning teaching ten- and eleven-year-olds how to code robots, something none of us had ever done before. Our journey of learning and teaching didn’t stop there.   We were invited to a board-wide innovation summit to showcase the learning that happens in our kindergarten classroom.  Four kindergarten students spent three days teaching teachers!  Our superintendent was our next student when he dropped by for a visit one day and we closed out the year in a boardroom full of superintendents and trustees showing them just what kindergarteners are capable of.

We spent our year discovering just how far these tools, this technology, could take our learning.  I was watching firsthand how these tiny little people were being given an outlet for their creativity, endless opportunities to be innovative and most importantly, a voice.  They became teachers to their peers, both in the classroom and out. The impact they had on the learning of their “Big Kid” friends was something I hadn’t realized would happen. It started as a, “Hey, wouldn’t it be cool if my kids could show your kids this thing we’ve been doing?”  But what we ended up with was an incredible lesson on collaboration, perseverance, growth mindset and an attitude towards learning that would shape the year ahead.

It was an incredible year of learning and growth, for them and me.  They helped me prove what I knew all along.  I learned that they may need a little extra instruction, a little more time to practice, a little more hand holding, but until you put the time and effort in, you’ll never actually find out.  And trust me, what you’ll find out will absolutely amaze you.